With a current-carrying wire, the magnetic field just goes around and around endlessly, like a dog chasing its own tail.
A charged electric particle, such as a proton, hovering in space, is a monopole, and the electric flux lines around it aren’t closed (Fig. 1). A positive charge does not have to be mated with a negative charge. The electric flux lines around any stationary, charged particle run outward in all directions for a theoretically infinite distance. 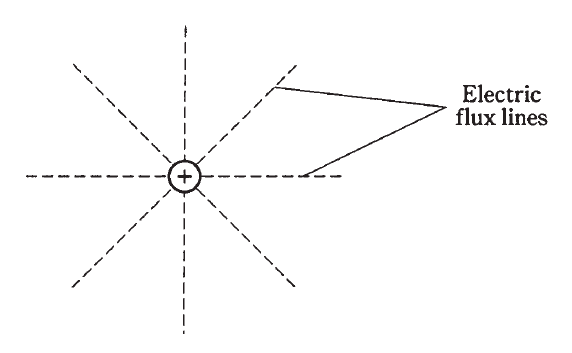 But a magnetic field is different. All magnetic flux lines are closed loops. With permanent magnets, there is always a starting point (the north pole) and an ending point (the south pole). Around the current-carrying wire, the loops are circles. This can be plainly seen in the experiments with iron filings on paper. Never do magnetic flux lines run off into infinity. Never is a magnetic pole found without an accompanying, opposite pole.