Batteries and other sources of direct current (dc) produce a constant voltage. This can be represented by a straight, horizontal line on a graph of voltage versus time (Fig. 1).

The peak and effective values are the same for pure dc. But sometimes the value of dc voltage fluctuates rapidly with time, in a manner similar to the changes in an ac wave. 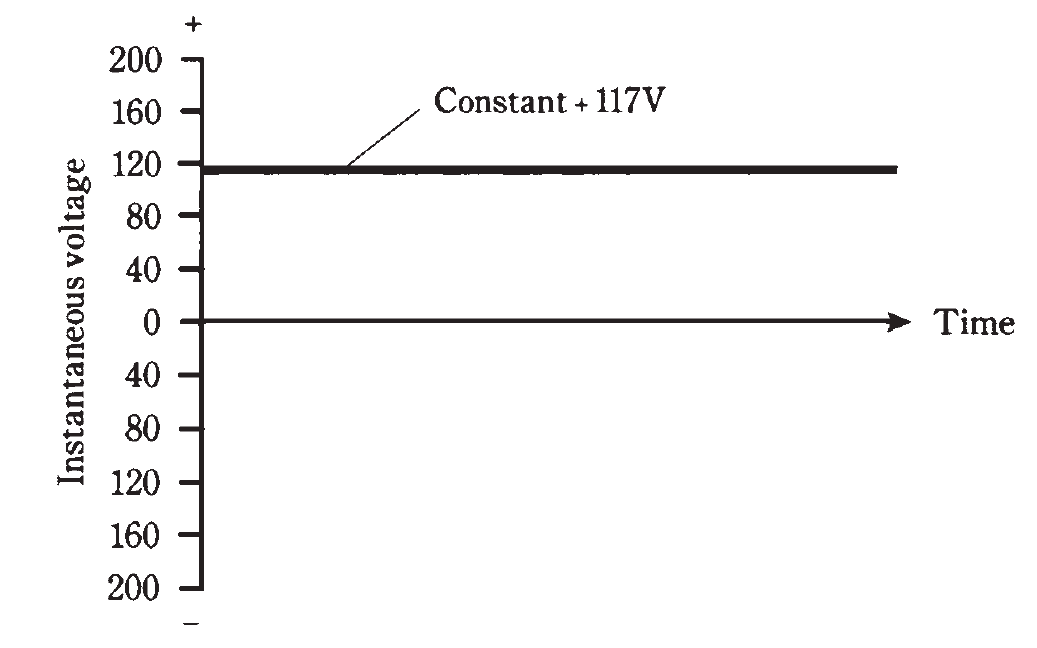 Fig. 1: A representation of pure dc.

Rectification is a process in which ac is changed to dc. The most common method of doing this uses a device called the diode. Right now, you need not be concerned with how the rectifier circuit is put together. The point is that part of the ac wave is either cut off, or turned around upside-down, so that the polarity is always the same, either positive or negative.
Figure 2 illustrates two different waveforms of fluctuating, or pulsating, dc. In the waveform at A, the negative (bottom) part has simply been chopped off. At B, the negative portion of the wave has been turned around and made positive, a mirror image of its former self. The situation at A is known as half-wave rectification, because it makes use of only half the wave. At B, the wave has been subjected to full-wave rectification, because all of the original current still flows, even though the alternating nature has been changed so that the current never reverses.
The effective value, compared with the peak value, for pulsating dc depends on whether half-wave or full-wave rectification has been used. In the figure, effective voltage is shown as a dotted line, and the instantaneous voltage is shown as a solid line. Notice that the instantaneous voltage changes all the time, from instant to instant. This is how it gets this name! The peak voltage is the maximum instantaneous voltage. Instantaneous voltage is never, ever any greater than the peak.
In Fig. 2B, the effective value is 0.707 times the peak value, just as is the case with ordinary ac. The direction of current flow, for many kinds of devices, doesn’t make any difference. But in Fig. 2A, half of the wave has been lost. This cuts the effective value in half, so that it’s just 0.354 times the peak value. 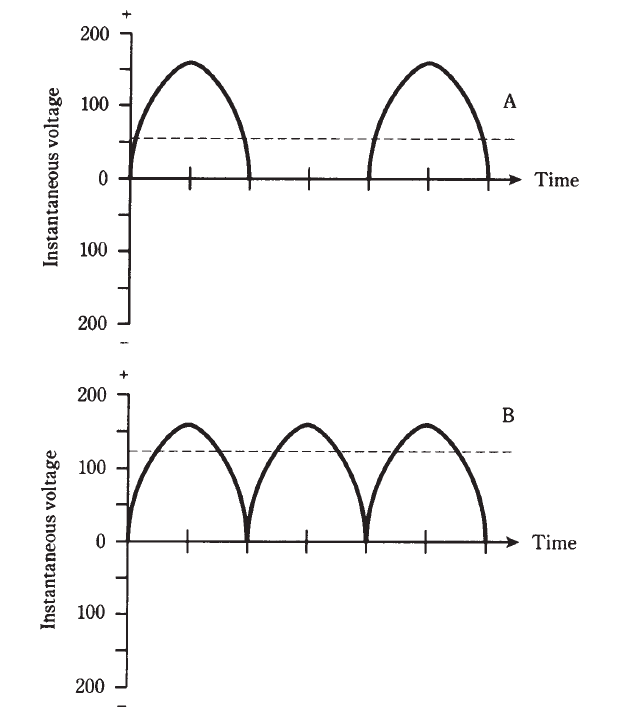