Conductance and the siemens

Conductance and the siemens

Smaller units of conductance are often necessary. A resistance of one kilohm is equal to one millisiemens. If the resistance is a megohm, the conductance is one microsiemens. You’ll also hear about kilosiemens or megasiemens, representing resistances of 0.001 ohm and 0.000001 ohm (a thousandth of an ohm and a millionth of an ohm) respectively. Short lengths of heavy wire have conductance values in the range of kilosiemens. Heavy metal rods might sometimes have conductances in the megasiemens range.
As an example, suppose a component has a resistance of 50 ohms. Then its conductance, in siemens, is 1⁄50, or 0.02 S. You might say that this is 20 mS. Or imagine a piece of wire with a conductance of 20 S. Its resistance is 1/20, or 0.05, ohm. Not often will you hear the term “milliohm”; engineers do not, for some reason, speak of subohmic units very much. But you could say that this wire has a resistance of 50 milliohms, and you would be technically right.
Conductivity is a little trickier. If wire has a resistivity of, say, 10 ohms per kilometer, you can’t just say that it has a conductivity of 1/10, or 0.1, siemens per kilometer. It is true that a kilometer of such wire will have a conductance of 0.1 S; but 2 km of the wire will have a resistance of 20 ohms (because there is twice as much wire), and this is not twice the conductance, but half. If you say that the conductivity of the wire is 0.1 S/km, then you might be tempted to say that 2 km of the wire has 0.2 S of conductance. Wrong! Conductance decreases, rather than increasing, with wire length.
When dealing with wire conductivity for various lengths of wire, it’s best to convert to resistivity values, and then convert back to the final conductance when you’re all done calculating. Then there won’t be any problems with mathematical semantics. Figure 1 illustrates the resistance and conductance values for various lengths of wire having a resistivity of 10 ohms per kilometer. 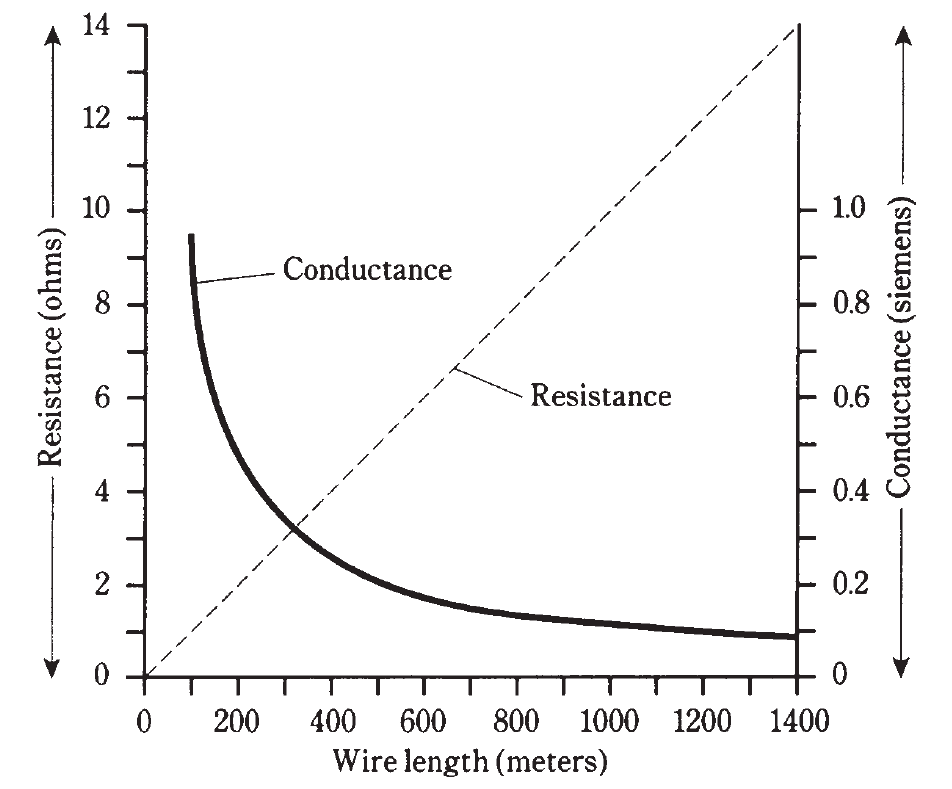 Figure 1: Total resistances and conductances for a wire having 10 ohms of resistivity per kilometer.